Census 2020: Los Angeles County’s loss could be the Inland Empire’s gain in 2021 redistricting

Census 2020: Los Angeles County’s loss could be the Inland Empire’s gain in 2021 redistricting

A reshuffling of political representation in favor of the Inland Empire and to the detriment of Los Angeles County could be in order following the 2020 census, according to a new report from a Southern California think tank…

The Inland Empire Complete Count Committee, an alliance of government and business groups in conjunction with UC Riverside’s Center for Social Innovation, is working to ensure the region’s hard-to-count populations are reached by the census.

The report “shows the potential for realignment in what political power and representation looks like in California,” said Karthick Ramakrishnan, a UCR public policy and political science professor and the committee’s director

“I say ‘potential’ because a lot of it will depend on what the census count looks like,” he added. “If we have a severe undercount problem in the Inland Empire and LA does not, then those gains in representation will not materialize.”

Categories: In the News 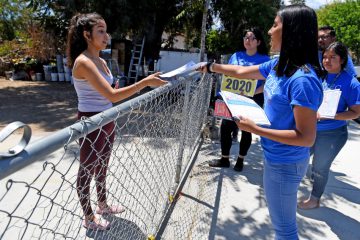 Census 2020: The push is on to count every head in California. The stakes are huge.

Miguel Sandoval remembers his mother telling him to hide in a bedroom in 2000, when U.S. Census takers came knocking on their door. Sandoval was a child then. He isn’t hiding any more. The Perris Read more… 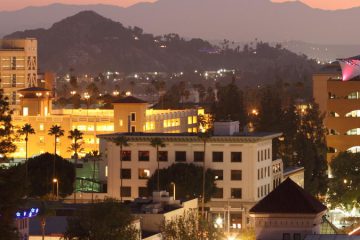 County Supervisors Preside Over IE Complete Count Committee, Appoint Director With the 2020 census on the horizon, Riverside and San Bernardino counties have taken a historic step in partnering to form the Inland Empire Complete Read more…